Consider the following problem. An investigative reporter wants to figure out how much salary makes the CEO of an investment bank X. For this he conducts interviews with some of the employees of that bank and writes down their salaries, which forms the following sample

Since no other information is known about the possible values of the CEO’s salary, the reporter needs to estimate the unknown \(\theta\) using the sample \(X^n.\) For the uniform distribution the maximum likelihood estimator (MLE) for \(\theta\) will be \[\hat\theta_n=X_{(n)}=\max(X_1,\cdots,X_n).\] Therefore, the reporter needs to ask for salary information from as many employees of bank X as possible and take the maximum of these values, which will serve as an estimate for the CEO’s salary.

Now suppose that the investigative reporter wants to get a Pulitzer prize for his reporting and remembers that he has a minor in Statistics. He reads economics literature and finds out that economists established that nationally the salaries of CEOs of banks follow the Pareto distribution \(\theta\sim Pa(\theta_0, a)\), because of the Pareto principle, which states that a large portion of wealth of CEOs is held by a small fraction of them. Using this prior distribution, a Bayesian estimator for the salary of CEO of bank X will be

\[\hat\theta^B_n=\frac{a+n}{a+n-1}\max(\theta_0,X_1,\cdots,X_n).\] Here \(a\) and \(\theta_0\) are unknown as well and can be estimated using the available data of CEO salaries of other banks. Therefore, the investigative reporter decides to use the work of his colleagues - other investigative reporters - who conducted studies in other banks and reported estimates for salaries of CEOs. Denote this new sample of salaries of other CEOs as \[\vartheta^m=(\vartheta_1,\cdots,\vartheta_m).\] Since \(\theta\) follows the Pareto distribution then the parameters \(\theta_0\) and \(a\) can be estimated as follows: \[\hat\theta_0=\vartheta_{(1)}=\min(\vartheta_1,\cdots,\vartheta_m),\ \ \hat a=\frac{m}{\sum_{i=1}^m\ln\frac{\vartheta_i}{\vartheta_{(1)}}}.\] Therefore, drawing on reports from other investigations and his own survey, the investigative reporter can obtain the following estimator of the salary of the CEO

In the example above the prior distribution of the unknown parameter \(\theta\) was chosen because of theoretical considerations, based on an economic law (the Pareto rule). In most cases, it is not possible to give preference to one prior over the others based on some principle, conjugate priors are selected for computational simplicity.

The Bayes’ theorem specifies the following relationship between the likelihood function \(f(x|\theta)\) and the posterior function \(f(\theta|x),\) for the given prior density \(p(\theta)\) 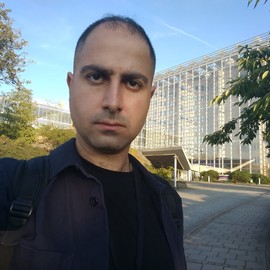